Share a memory
Obituary & Services
Condolences
Read more about the life story of Kurt and share your memory.

Look out Heaven, the slow walken', ever talken' Kurt Walter Glasbrenner is passing through your pearly gates on January 6th , 2023. Kurt almost made a star-spangled entrance but persuaded the stork to drop him off on July 1st, 1950. He was welcomed by his parents Walter and Virginia Glasbrenner and his sister Bonita.

As a child of the 1950's, life was uncomplicated. Behind his home was a "field of dreams" where many a baseball game was played. Time often stood still as one more at bat played out.

School was school and Kurt marched his way to graduation in 1968 from Lorain High School. He then earned a 2 year degree in data processing from LCCC. He accepted summer employment at Ford Motor Company which turned into 32 and a half years, quite a long summer job. Despite that nightmare his "Best Days Ever" began. #1: He met his "Doll" at Beaver Park Marina and vowed that night to marry her. #2: He married his "Doll" on November 16th, 1974 and just celebrated 48 years of blessed torture. #3: Son #1 entered his life during a blizzard on Leap Year Day, 1980 (the every 4 year birthday cut down on gift expenses). #4: Son #2 tried to arrive on Mother's Day in 1983, but just missed the mark. This son got into drugs as a pharmacist. #5: Son #3 was born on March 1, 1985 essentially o his brother's fifth birthday. Kurt liked to say his boys were born the day after February 28 but had different birthdays. #6: Son #4 put his mama through a long, hot summer of 1987, but was our "baby" who reached great heights (6'3"). For better lads could not be found.

Kurt was a reader with a preference for history and biographies. He could be an encyclopedia of nonessential information. Kurt proudly tore his achilles tendon playing in a pickup basketball game at the age of 35. He missed 9 months of work which thrilled him. I guess, we could call this the "Best Day Ever" #7.

Celebrators of Kurt's Life include his wife, Bonnie, sons Jared, Seth (Kathy), Cody (Tina), and Chad (Jennifer), Five grandchildren: Finn, Olivia, Reagan, Grady and as yet an unnamed baby coming in July, and a sister, Bonita.

Come help us give Kurt a player send off on Tuesday January 10th from 11:00-1:00 P.M. with a Service to follow at 1:00 at Schwartz, Spence, Boyer & Cool Home For Funerals 1124 W. 5th Street Lorain, Ohio. Burial will follow at Ridge Hill Memorial Park. In Lieu of flowers donations to any Veterans Organization would be welcome.

To send flowers to the family or plant a tree in memory of Kurt Walter Glasbrenner, please visit our floral store. 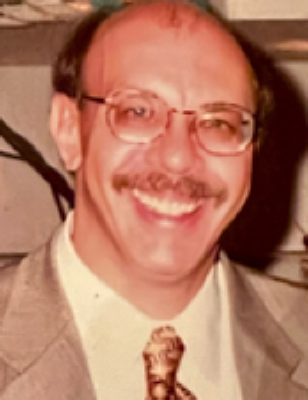