Share a memory
Obituary & Services
Condolences
Read more about the life story of Mary and share your memory.

Mary Ellen (nee Theiss) Svoboda, 91 of Sheffield Village passed away on Friday, January 13, 2023 at her home following a brief illness.
Mrs. Svoboda was born in Akron on October 12, 1931, the daughter of the late Paul and Bernice (nee Heft) Theiss. She was a graduate of West High School in Akron.
For 25 plus years, she worked for Lorain City Schools at Southview retiring as the cafeteria manager.
Mrs. Svoboda was a devoted and longtime member of the Methodist Church in Lorain. She was a dedicated member of the former Delaware Avenue United Methodist Church and was involved in the merger of three churches to form The Lorain Lighthouse United Methodist Church. Her service to her faith included 17 Mission trips, (domestic and international), Anna Circle, Delegate to Church Conference for 25 years, she was a member of many committees and organized the funeral dinners,
She was a volunteer with Lorain Historical Society for 30 years.
Mary was a fearless traveler, visiting over 36 countries. She scuba dived in the Great Barrier Reef, Zip-lined in Costa Rica, walked the streets of Casablanca at night, and rafted 186 miles down the Colorado River thru the Grand Canyon. She was an avid reader and loved to crochet.
Mary is survived by a daughter, Linda Hall, of Sheffield Village, sons Paul (Robin) Svoboda of Huron, Jim (Cindy) Svoboda of Bartlett, TN, grandchildren Matti Chiaramonte, Robert Svoboda, Jeff Svoboda, Matthew Svoboda, Nickolas Svoboda, Ryan Davis, and Jessica Davis, 9 great grandchildren, and a sister Nancy McFee of Akron,
she was preceded in death by her husband George A. Svoboda in 1992 and her sister Marti Napka.
Friends may call on Friday, January 20, 2023 in the Schwartz, Spence, Boyer & Cool Home For Funerals, 1124 W. 5th Street from 2:00 PM until 6:00 pm.
A Celebration of her life will be held on Saturday, January 21, 2023 in the Lorain Light House United Methodist Church, 3015 Meister Road, Lorain at 11:00 am. The Rev. Adam Davis will be the celebrant.
The family suggest that memorial contributions may be made in her honor to either the Lorain Light House United Methodist Church, 3015 Meister Road, Lorain, 44053 or the Lorain Historical Society, 329 West 10th Street, Lorain, 44052.

To send flowers to the family or plant a tree in memory of Mary Ellen (Theiss) Svoboda, please visit our floral store. 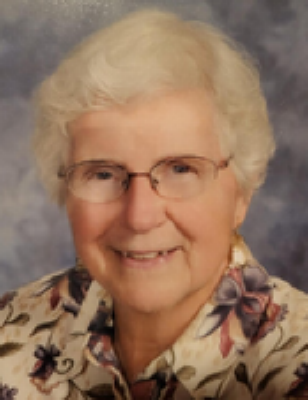