Share a memory
Obituary & Services
Condolences
Read more about the life story of Miriam and share your memory.

Wow, Heaven gained a great one today. Miriam Maxine McKay embarked on her final journey on January 17th, 2023. Her travels began on August 8th, 1929 in Marion, Ohio months before the Stock Market Crash and the Great Depression. She was greeted by her parents Thomas and Vesta Cowan and her brothers Thomas and Kenneth. Depression life could be tough but her childhood was happy. Her family moved north to Lorain so her father could find work.

As a child, she excelled as a dancer and took to the floor no matter her advanced age. Dancing was in her feet. She made many friends in school, some she still met with for lunch. She graduated from Lorain High School in 1947 and then began the next step in her journey.

Out "dancing" one night, she met a handsome young man from Ashland, Ohio. They wound their way to the altar on May 28th, 1949 and celebrated 55 years as a couple (a couple of GREAT parents). Five children joined their journey and many trips followed. Miriam visited all fifty states and the countries of Canada, Mexico, England, Scotland, Ireland, France, Italy and Greece. Each one producing some photos that our father put in an "ugly" photo album. Cameras were not her forte. HER forte was her family...nothing meant more to her. Miriam was blessed with red hair which accounted for her feisty manner. She enjoyed playing cards but only if she won. Many murder threats were made against her husband and son-in-law when they slapped the "Queen of Spades" on her. We owe her so much for our characters and lives. "Fly high", Mom, on your last journey and thanks for all of your encouragement and love.

Fellow travelers left behind are her children: Bonnie Glasbrenner (Kurt-deceased), Patrick McKay (Roni Barton), Cynthia Coyle (Hugh), Jay McKay (Christine), and Katherine Morales (Waldo). She treasured ten grandchildren and sixteen great-grandchildren. Join us on her final send off at Boyer & Cool Home For Funerals 1124 W. 5th Street Lorain on Saturday January 21st from 10 am to 1 pm with a service to follow at 1 pm. Burial will follow at Ridge Hill Memorial Park.

"There are no goodbyes for us. Wherever you are, you will always be in our hearts."

To send flowers to the family or plant a tree in memory of Miriam M. (Mimi) (Cowan) McKay, please visit our floral store. 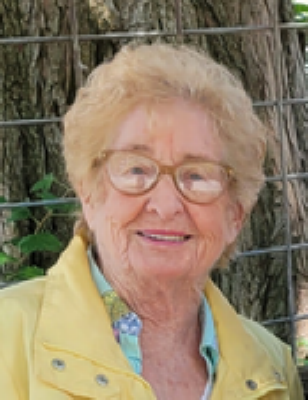